Note: the three *** are for concrete names.

Ivano comes deliberately to take me at the exit from the job. The colleagues, who before frequented me and also knew him, were going out together from the Office. At the sight of Ivano they stay practically immovable, they were almost petrified and they don’t even succeed in estranging from the front door, pale and even trembling.  When, the next morning, I ask them explanations, I don’t receive any answer. By way of compensation  they immediately fail to greet me.

Also the employee of the Town Hall, *** , didn’t have me more frequented, after our searches at the Registry of Cuneo; One day, however, Ivano and I met her in Galimberti plaza and, after different attempts of her to avoid us, we invited her to have a coffee together with us. We brought the discourse on the famous certificate and on the register on which we had glimpse the long annotation. I am not sure that Ivano has suggested the last name “Savoia”, but I am certain that *** pronounced “from mother’s side”, affirming that his mother was, precisely, a Savoia.

At the Tributary Registry I find the correspondence of Ivano Tassone with Palhevi Savoia Garro, been born November 12th 1957 in Iran.
I immediately inform Ivano who in his turn communicates it to the marshal. I will know that he himself will make then some searches at the office of Mondovì, acquiring further useful data.

Every time we turned to someone or also Institutions, as Registry or Judges, it has been always said that what we looked for, i.e.  the papery documentation of the true identity of Ivano, was also elsewhere. In reality every of the consulted ones tried to avoid any risk and sent us to an “elsewhere” that however he almost ever pointed out. In the case of the search of the practice of adoption, nevertheless, the “passing the buck” was very precise: Cuneo sent us to Turin and vice versa. Yet at the Court of Cuneo they were really materially delivering us the practice of adoption. The young employee, who was at the Civil Chancellery, didn’t have any doubt on the legitimacy of the request of Ivano who, as the person directly concerned, surely had the right to acquire the requested documents, in compliance with all regulations (Law on the transparency, law on the privacy).  If it had not intervened the strange character who literally warned him to deliver even only a trace of what we looked for, literally terrorizing him, we would have succeeded in having all. Not yet this gentleman could deny what it was affirmed before by the employee of the Chancellery. He didn’t  denied that Ivano had the right to see the practice of adoption. Shamelessly he denied it was there, and, summoning us to go out, he badly tell us to turn us to the Juvenile Court in Turin. In reality all the contacted people realized to do an abuse denying the requested data, they not only contradicted each other, but also himself. There was a phase of the discussion in which Mrs. *** of the Registry of Cuneo, during our umpteenth attempt to access the data, admitted, finally, the right of Ivano to access his documents, but later she denied it again. I would have liked to press her more while she was being in evident contradiction, but I couldn’t do it because prevented by Ivano himself who in that occasion, as in other similar circumstances, used extremely polite ways, too much for my taste.  At the end everyone sent us elsewhere, also making clear reference to Lucy Garro who surely had other documents or knew where to retrieve them, as concerned person. We had the certainty of the falsehood of the declarations of the employees at the various offices. I felt to be taken for a ride in the most shameful way. I imagined what Ivano had to feel!  How could the employee of the Chancellery of a Court think to deliver us the practice of the affiliation – though perhaps in copy -, if this had not been legitimate? How, instead, could a Town Hall employee affirm that he required, for a simple extract of birth, the authorization of the Proxy of Cuneo? Besides, at the beginning, ***, realizing that in the computer of the Town Registry there were no data of Ivano, she said it had to an error, that it was not possible. Only a few days later, after having consulted herself with some superior, she affirmed that the data was updated only since 1970. But it was not true, she herself had shown us on the video homonyms of Tassone Ivano been born before 1970. Then she spoke of a secret file.  The Manager of the Direct Taxes Office of Cuneo, far from showing wonder when, after marshal B.’s visit, I had expressly asked him the documents of the identity of Ivano, only worried to underline that, being the last arrival, he didn’t want to be the scapegoat.  Another colleague, employed at the terminals of the Office, had tried to deny even the evidence of what it was written on the just printed interrogation: “relationships with other subjects”, while she tried to pull the sheet away of my hand.

And what can I say of  the others who dared deny what they were unwisely allowed to escape from lips at telephone with Ivano around the existence  “of another name on the same code”…..? ? To my pressure they tried save themselves suggesting other places where we would to be able to clarify, perhaps at Town Hall…  One common acquaintance of ours, ***, was completely refused to help Ivano when he had asked him, nevertheless she boasted a lot of acquaintances at the Registry of Cuneo. In that occasion he didn’t even mentioned to his true identity, but she had declared that his situation was too much delicate. I met her this summer and speaking of Ivano, I have told her “point-blank”: “You know who is really!”. Taken unawares she immediately answered: “Yes, he was the son of” – interrupting herself afraid – “… what’s-it-name …”. “No, I answered, he is the son of the Shah, he is still alive.”. It was very pale while I was assuring her, saying goodbye, that truth would have soon come to light.

Declarations of the concerned person

For three times consecutively, with witnesses, I listen to answer me at the Town Registry of Cuneo that Tassone Ivano was “non existent subject“. Of the various employees, who all consulted for a long time, seen by me and by other witnesses, an old registry with several notations, horrified and pale, two advised us to turn us to the Proxy, while the third one delivered us a sheet of paper with the  particulars of my front identity, without signature, nor date. The Italian Autorithies have always blocked the access to my documents, also the one of adoption, repeatedly affirmed existing nearby the Court, in presence of me and witnesses; the affiliating mother would have to submit the application. Lucia Garro, the affiliating mother, and I went to the Town Registry of Cuneo to request the integral certificate of my birth; It was requested us the authorization of the Proxy; obtained it and come back to the Town Registry, is was delivered us the birth integral certificate, but the artificially made one… 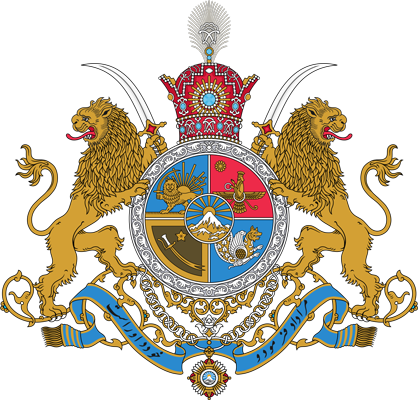